Reveille that the contestants did not anticipate. Another march they did not count on. 5:45 a.m... coordinates of the destination... pack the bivouac fast and go. Those who did not make it to the finish in time to catch a ride were penalized with penalty points. There were two such
teams.

On arrival at the tunnel shooting range and smoke track site, the contestants had two remaining disciplines ahead of them. Negotiating the smoke track with their gas masks, tactical vests, helmets and replica sub-machine guns. Find replica grenades in one of the smoke-filled buildings, an 80 kg human dummy in another one, bring both of these to the finish and hit the target with the grenades. Next, at the tunnel shooting range, Biathlon, a discipline successfully tried and tested in previous years. Compared to past years when Biathlon was at the beginning of the competition, this year it was at the end of it. That meant several kilometres of sharp running, small-bore shooting and grenade throwing at a target, and all that on top of those kilometres on foot, draining disciplines and discomfort of three nights in sleeping bags. The pedometer on the watch of one of the Slovak team members showed more than 80 km marched from the start of the contest to its end. 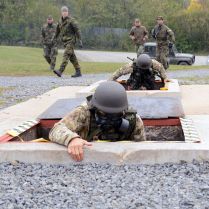 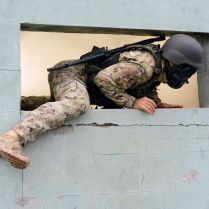 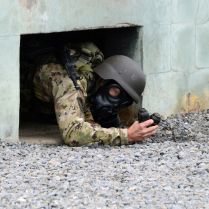 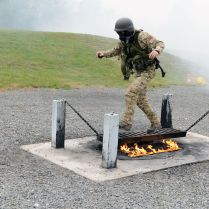 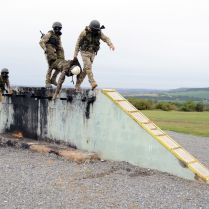 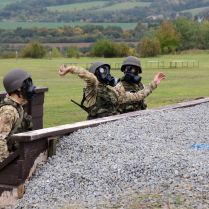 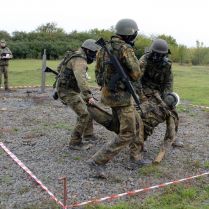 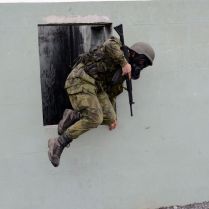 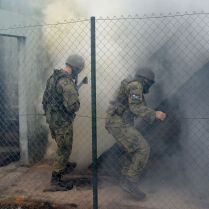 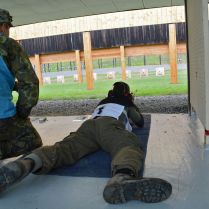 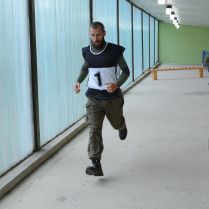