Indian Summer Is Over, ‘Survival’ Weather Is On

17th year of Summer Survival has begun. The participants in this year’s championship were welcomed at he opening ceremony by Col Jaroslav Medek, the Chief of Staff of Training Command - Military Academy. He wished them good luck and enough stamina for the competition. They are really going to need it.

While the weather was nice during the first discipline called Tyre Croquet, however, during the night, it started raining heavily and lasted until the following evening. To make it more challenging for the contestants, the organisers had an unpleasant surprise in store for them. On arrival at the first bivouac site, the contestants’ rucksacks were taken away from them and instead, each team was given one sleeping bag, one sleeping mat, one tarpaulin, and a basic survival and orientation kit. One would not call it comfortable sleeping by any means.

The first discipline Tyre Croquet involved moving a tyre as fast as possible along a given route and through given hoops. As the contestants had to take turns in moving the tyre regularly, the next one to handle the tyre had to wait for it to stop completely before continuing. Some of the hoops were positioned on a slope and one could often hear the words “Stop!” or “Halt!” in the case of German-speaking teams. The tyre often picked up speed on the slope and ran away tens of metres in the wrong direction.

On the second day, after a long night in the rain, the contestants had their first marching phase ahead of them, along with four disciplines. Climbing a tower in Baldovec Campsite where the teams had to carry a ladder at all times with which they needed to negotiate the last horizontal leg of the tower. Diving under a capsized boat where the coordinates for the following stop of the march were to be found. Paintball gun-shooting at 30 successively popping-up targets.  And in the last discipline from the field of paratrooper training, they used an auxiliary parachute to get down, followed by rescuing the forth team member from a tree.

At the end of that phase, a well-earned reward was waiting for the contestants in the form of their rucksacks. 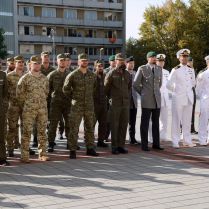 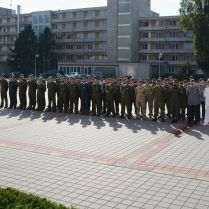 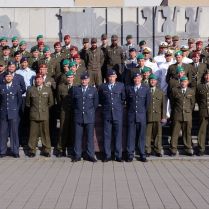 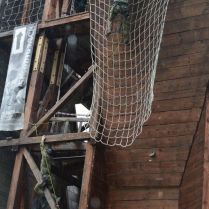 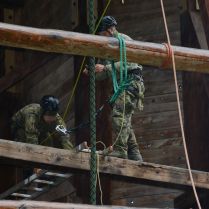 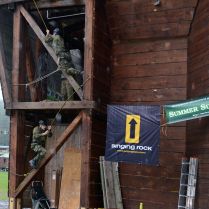 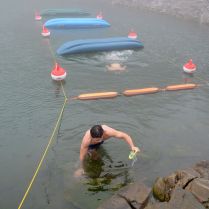 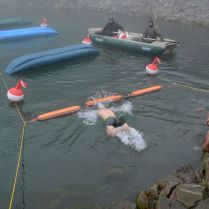 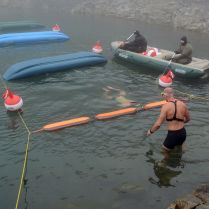 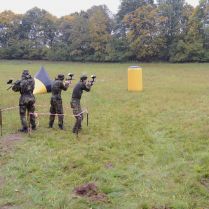