Despite the obvious tiredness of the contestants and their extra load to carry, almost all of the teams managed to find enough stamina to get through a 21-km night march with their times ranging from 3.5 to 5 hours. Only the 44th Lmopr B team called for transport due to medical reasons and resigned from further participation. Unfortunately, most of the teams did not follow the instructions for the march and were penalised as a result.

After a short nap at the finish, 7th MB team started the first discipline of day 4. Pistol-shooting at moving targets tested not only precise aiming, but also reaction and speed of shooting. Afterwards, the teams were taken to Smetanovy Sady Public Park where they did the final three disciplines. Rescue of a casualty from inside a lorry stuck in a minefield, erecting and anchoring of a column on top of which one of the team had to stand up and finally, pushing a heavy object along the bottom of a swimming pool for 50 meters. Freezing in icy water including a swim on day two will most likely become the hallmark of this year's Survival. 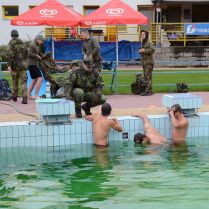 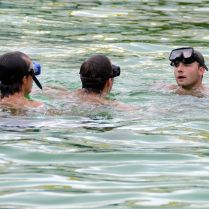 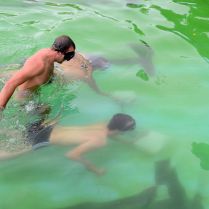 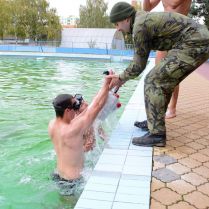 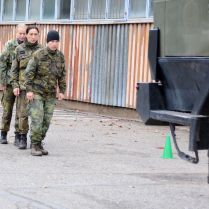 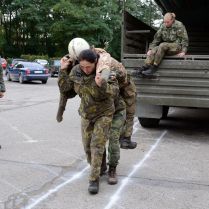 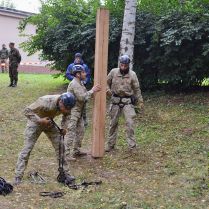 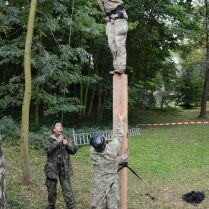